A new recognition for the IEEE Serbia and Montenegro MTT-S Chapter! The Chapter won the IEEE Region 8 Chapter of the Year 2020 Award in the medium chapter category (for the activities in 2019). The Award is intended to recognize the outstanding performance of Region 8 Technical Chapters (categories: Small/Middle and Large) and Student Branch Chapters in serving their members and the technical community and establishing goodwill within and between the Region 8 Sections. 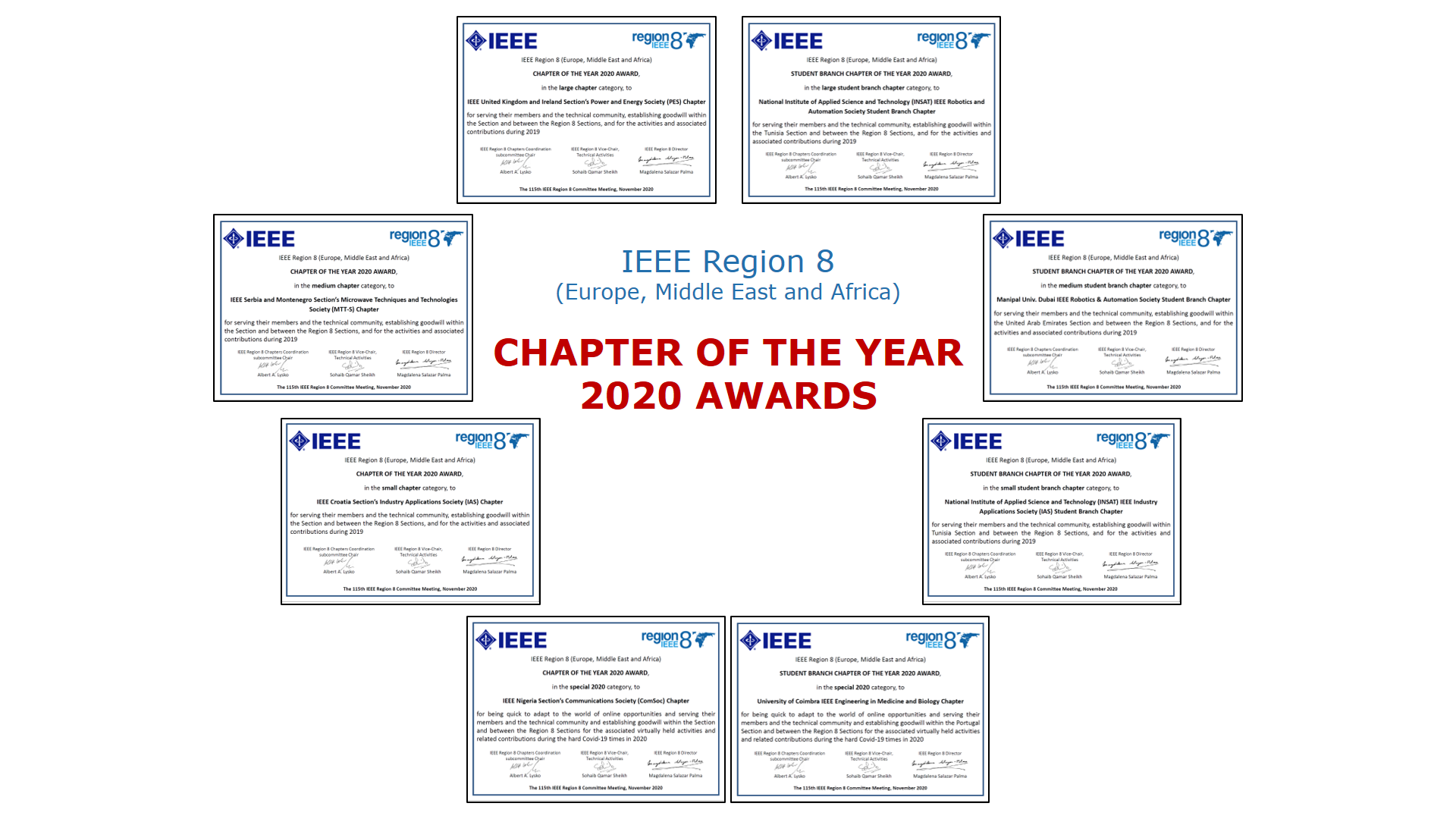 © This email address is being protected from spambots. You need JavaScript enabled to view it.